Helping promote family and community is important to everyone at Dyer Chevrolet Mazda Subaru in Vero Beach, which is why LaPorte Farms was chosen to be honored as the June recipient of the Dyer Difference Award in Indian River County. Later in the month, on Saturday, July 27th, LaPorte Farms will be hosting its fourth annual Back to School Family Fun Day event from 11 a.m. to 2 p.m. Participants will receive free book bags and school supplies while supplies last, and the day’s activities include face painting, a corn bin, child fingerprinting, a kids’ workshop, and so much more. Last year, over 575 book bags were provided to students to help them start the new school year. This Family Fun Day is every kid’s dream, and it’s a chance for the whole family to enjoy a wonderful day in the country and with one another. LaPorte Farms welcomes everyone to its farm, regardless of ability, gender age or race. It also welcomes a whole bunch of critters, including ducks, parrots, donkeys, goats, llamas, a zebra, ponies, horses, rabbits, pig, turtles, and chickens and provides a safe place for them to live and play. 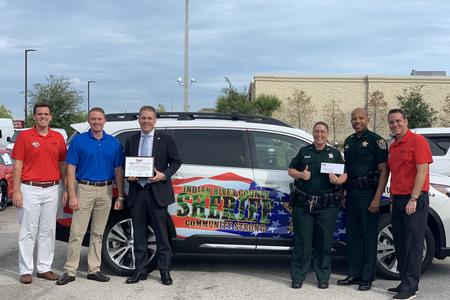 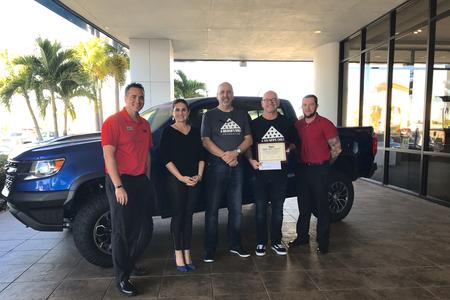 In Indian River County, the environmental organization Coastal Connections was recognized and honored for its mission to protect coastal habitats and its focus on Sea Turtle preservation, coastal cleanup, Indian River Lagoon restoration and Lionfish removal. The organization’s largest fundraising event is the Sebastian Lionfish Festival, which will be held June 23rd at Captain Hiram’s in Sebastian. Not only will participants be removing invasive lionfish, they’ll also be helping to educate the community on the negative impact of the lionfish, and serving up delicious cuisine created with the invasive sea life which threatens to ruin our fragile ecosystem. This will be the fourth time Coastal Connections has hosted the entertaining and educational event.

Famed humorist Josh Billings once said, “A dog is the only thing on earth that loves you more than he loves himself.” We rely on our furry friends for companionship, but many dogs become vital assistants to their beloved humans, providing ears that hear smoke alarms, paws that tap a 911 button to call for emergency assistance, and legs that provide added mobility. Since, 2001, Dogs for Life Vero Beach has helped train dogs to provide valuable and life-saving service to individuals in need, particularly veterans. In addition to physical disabilities, many of our returning American heroes have to cope with Post-Traumatic Stress (PTS) issues and are at a high risk for mental illness, homelessness, and suicide. Providing training and a new lease on life for abandoned dogs and matching them with men and women whose lives are greatly improved by the unconditional love and assistance offered by a service dog is the goal of Dogs for Life, the recipient of July’s Indian River County Dyer Difference Award. 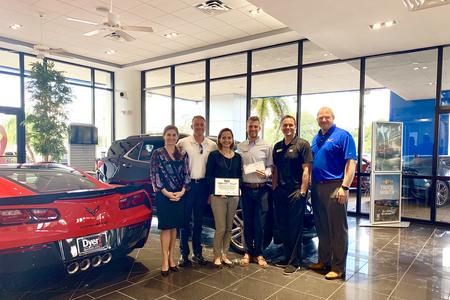 Although Christmas may be the warmest time of the year, many children on the Treasure Coast are not expecting to wake up on Christmas morning to packages tied with pretty ribbons and filled with hidden treasures. The Sheriff’s Office of Indian River County meet children every single day whose holidays will be less than merry and bright, and that’s precisely why both offices implemented the Shop with a Cop program and why the Dyer Difference Award Committees at both Dyer Chevrolet in Fort Pierce and Dyer Chevrolet Mazda Subaru in Vero Beach selected the programs as recipients of the November Dyer Difference Award.

School Resource Officers in both counties work with students at local schools daily, developing relationships, educating, and acting as informal counselors and mentor, and they are aware of children who would benefit from the Shop with a Cop program. Thirty children will be paired with deputy sheriffs, given a $100 gift card, and will enjoy the memory of a shopping experience that will last a lifetime. In both counties, deputies report that in nearly all cases, instead of rushing to purchase a video game or toy for themselves, the children are on the hunt to find gifts to share with their siblings and parents instead of focusing only on themselves. 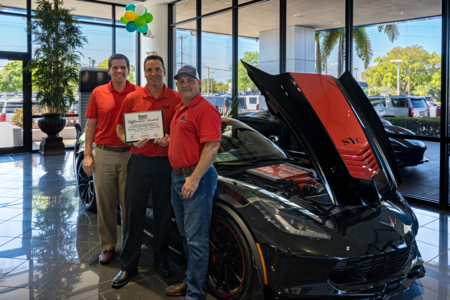 Celebrated author Herman Melville once said, “No philosophers so thoroughly comprehend us as dogs and horses.” From our first glimpse of the beautiful creatures as children and throughout our lives, humans are captivated by the majesty of horses and healed by their gentle and therapeutic nature. At Baby Girl Horse Rescue and Veteran Therapy Ranch, abused, neglected and homeless horses are given a new life and help give new hope to veterans who suffer from Post Traumatic Stress Disorder (PTSD) and Military Sexual Trauma (MST). Providing a quiet and confidential place for therapy and healing, Baby Girl Horse Rescue and Veteran Therapy Ranch in Indian River County helps to heal humans and horses alike, giving them an opportunity to reclaim their hope and happiness together and in their own time frame. The Dyer Difference Award Selection Committee recognizes the importance of collaboration and has long been aware of the value of horse power – be in in an engine or beneath the velvety exterior of a healthy equine. 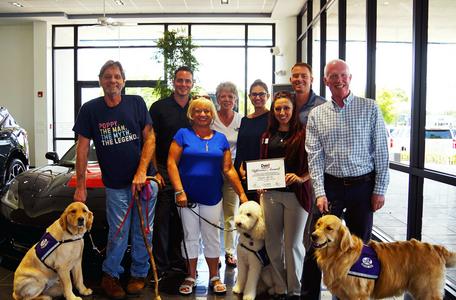 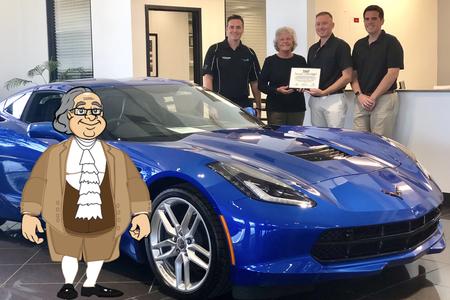 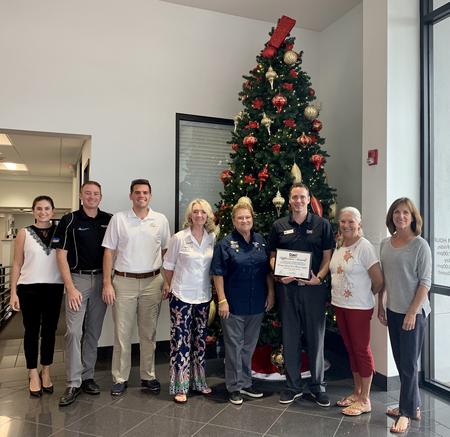 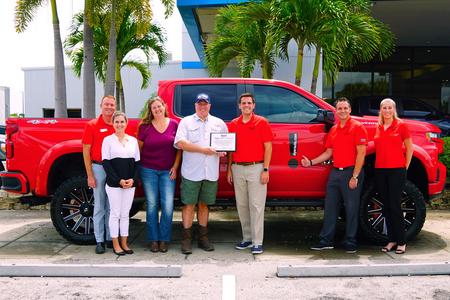 It’s hard to feel like celebrating a birthday when someone very special is gone from your life, and when you’re a child, it can feel like no one really understands that or cares. Thanks to A Soldier’s Child (ASC) Foundation, children of our country’s fallen heroes are given a small ray of sunshine to help make their birthdays memorable and celebratory because others truly do care. Recently, ASC hosted a Birthday Event which included a shopping trip, gift wrapping, and a birthday party to help children of fallen freedom defenders feel the love of a caring community. To help the organization reach and serve the children of fallen heroes, the January Dyer Difference Award in Indian River County was presented to ASC’s Founder and Executive Director, Daryl Mackin. 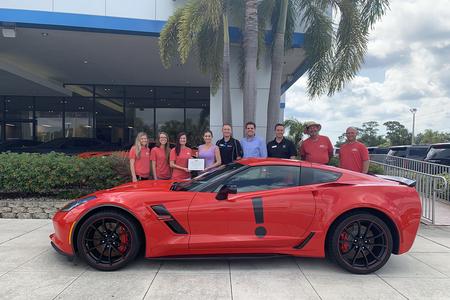 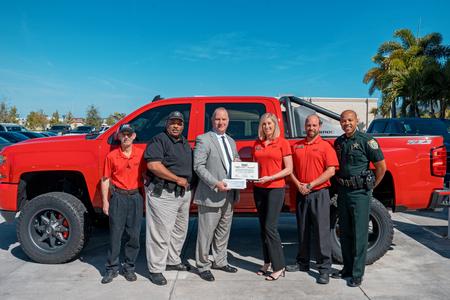 We all know that the children are the guardians of the future, and we want them to grow up to be
strong, independent, responsible, and caring citizens. An educational program that reinforces the
importance of citizenship through online curriculum, hands-on in-person presentations, citizenship
awards, essay contests, student ambassador training camps, and leadership training, Step Up America helps children learn about the world around them and inspires them to want to become involved. The Indian River County Program increases awareness and helps more than 18,000 youth to become more civically involved and engaged, helping to keep freedom alive and inspiring a generation to become involved, engaged, and responsive. It is these attributes which helped garner it the April Dyer Difference Award in Indian River County.

​​United Against Poverty. The organization’s mission serves over 600 individuals in poverty each day through programs which focus on crisis care, case management, transformative education, food and household subsidies, employment training and placement, personal empowerment training and active referrals to other collaborative service providers in Indian River County. The organization is known for its good work and its annual Thanksgiving Day Trop Against Poverty – a professionally timed race that attracts more than 2,000 runners, joggers, and walkers of all ages and abilities and a whole lot of spectators cheering on the trotters. This year, the event will be punctuated by an exclamation point sharing the holiday spirit of gratitude and helping celebrate the Dyer Difference. 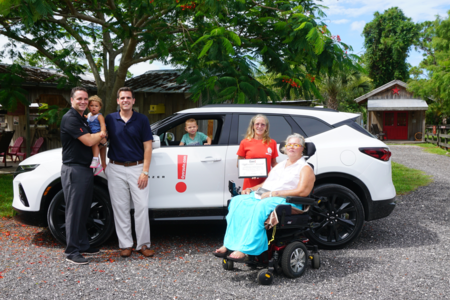 We’ve all seen the photos and news footage of the utter devastation Hurricane Dorian wreaked upon our neighbors and friends in the Bahamas. Because so many of us think of the Bahamas as our own backyard playground and friendly neighbor, we all wanted to help rebuild this magical paradise which harbors so many memories for the people of the Treasure Coast.